There’s no question about it: Disabilities don’t necessarily have to limit a person’s ability in sports. In fact, there’s an array of adaptive sports opportunities available to men, women, and children with intellectual or physical disabilities.

But boxing isn’t usually one of them. Particularly when a serious physical condition limits the use of an entire arm – boxing would seem impossible.

But this assumption has never stopped Joe Hughes – a 25-year-old British boxing champion – whose right arm is near-totally impaired by a rare condition called Erb’s palsy.

What Is Erb’s Palsy?

Erb’s palsy, a form of brachial plexus palsy, affects 1 or 2 of every 1,000 babies. The condition got its name in the late 19th century from Wilhelm Erb, a doctor who described the condition for the first time.

Erb’s palsy is generally caused by a complicated birth, when delivery is too forceful. In such cases, nerves between the neck and shoulder are stretched and damaged, which weakens – or even paralyzes – the muscles in the child’s arm.

The severity of Erb’s palsy depends on how many nerves are affected, and the extent of their damage. Accordingly, the aftermath can range from an affected individual being unable to bend the arm to developing Horner syndrome.

Treatments can include physiotherapy, occupational therapy, hydrotherapy, and nerve grafts. In time, some children’s nerves even recover on their own. Hughes, whose right arm is about 3 inches shorter than his left, wasn’t so lucky – as there is still a lot of nerve and muscle damage to his right shoulder. Still, he ended up becoming a professional boxer and achieving 14 wins out of his 16 to date. 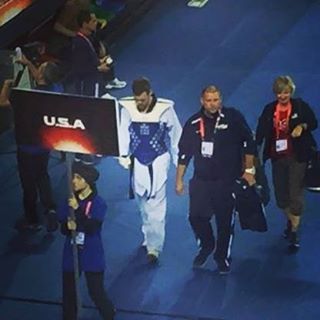